Magnetic Balls Are Dangerous For Kids – Here’s Why 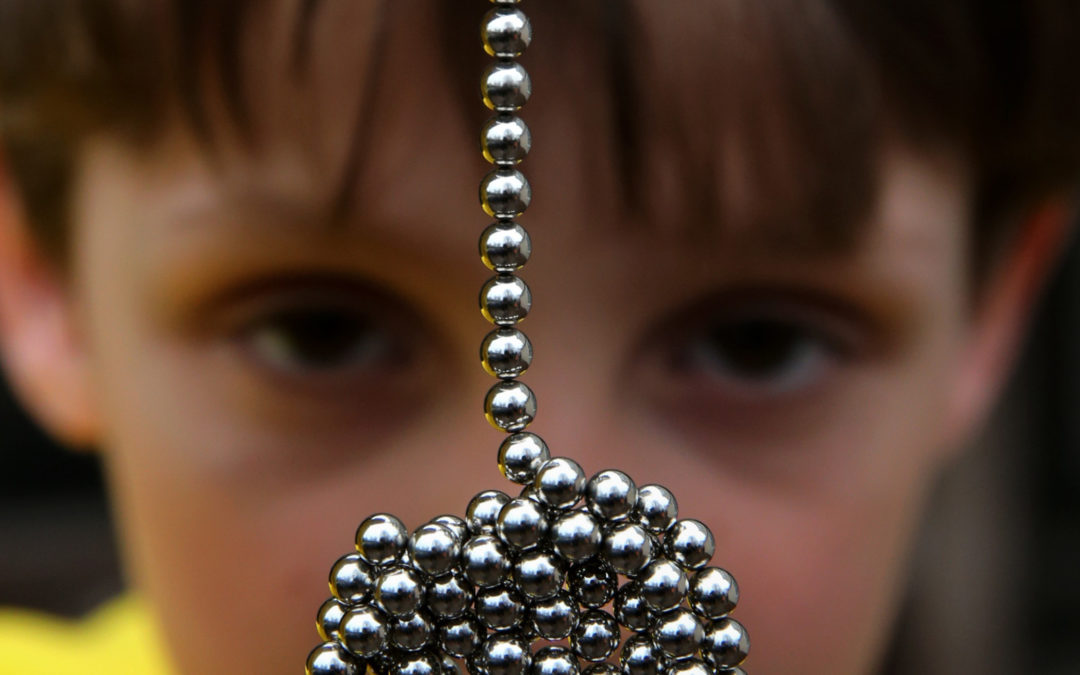 Kids love to get their hands on everything, but some items that seem like toys are not what they appear to be. Older kids and teens are more aware of what they’re doing, and in most cases, the following information won’t apply. But for the little ones, parents, pay close attention.

They May Be Fun, But Beware

Those tiny magnetic balls, or beads, (sometimes called Buckyball magnets) sold to adults for keeping themselves occupied, to swirl in their hands, link together, and so forth, are just as interesting to kids. They’re designed to reduce stress and alleviate boredom. But adults know better than to put these magnets in their mouths. Even kids who don’t intend to swallow them may accidently do so, and in some cases, the repercussions can be a real health hazard.

Stat News explains, “Rare-earth toy magnets, marketed under names like Zen Magnets and DigiDots, are composed of tiny, high-powered magnetic balls or cubes, some smaller than the tip of a ballpoint pen. The shiny and colorful pieces, sold in sets of up to 200, can be 30 times stronger than a standard kitchen magnet, making them the most powerful commercially available permanent magnets.”

Too Easy To Swallow

As per Poison Control, National Capital Poison Center, “More and more children have been swallowing the tiny ‘adult toy’ magnets, leading to severe injury and even death. When a child swallows two or more magnets, the magnets can attract and meet each other within the child’s body, causing digestive tissue to be trapped between them. This cuts off blood supply to the stomach or intestines. These internal injuries can be life-threatening. The same thing can happen when a child swallows even one magnet and an object that can be attracted to it, like a coin or button cell battery.”

Parents may not even know their kids got their hands on these tiny magnets, let alone swallowed them. Some are super small, and it’s not easy to notice when one or more go missing. That’s why such items must be kept out of reach from little ones’ hands, or never brought into the home in the first place.

This problem is more common than one may think. As Poison Control, National Capital Poison Center notes, hundreds, even thousands of children are sent to the hospital each year due to ingestion of such magnets, with some requiring surgery to remove them. Permanent damage is also a threat. This info was reported by the United States Consumer Product Safety Commission.

In 2014, these toy magnets were deemed a safety risk and recalled from the market. However, just two years later, the 10th Circuit Court of Appeals vacated the order, and they were back in stores. Now readily available, it’s up to parents to protect their kids.

What to do if you think your child swallowed a magnetic ball? Don’t try to make your child vomit or even give them water. Call poison control ASAP at 1-800-222-1222.

For more info like this, please visit All My Children’s blogs.

By: Melissa A. Kay

A great resource for parents of young children.