Listen Up! Tips To Get Your Kids to Really Hear You

Why Aren’t They Listening?

Are they ignoring you? Trying to be defiant? Simply scatterbrained? Or are they trying to see how far they can go without making you lose your marbles? When kids don’t listen, parents need to put their foot down, and let kids know that they have no choice but to hear what you’re saying. As the parent, it’s important that your child always takes what you say seriously. Because there may come a time, when if they don’t listen to you they can be in harm’s way. While danger may be unlikely, kids should know that their parents talking to them for a reason. Whether it’s to pick up their dirty socks off the floor or to look out because a car is coming, every word is valuable and children must understand that when a parent talks, their ears ought to perk up. No exceptions.

One way to get kids to listen is to make them drop everything. When you’re talking, all eyes on you, both ears listening. If they’re watching TV, shut it off. If they’re playing a game, press pause. If they’re doing something else, it can wait a minute, because you, the parent, has something to say, which means they have something to listen to.

Some parents get exacerbated. They start to shout when they realize their kids aren’t listening. This can have the opposite effect of what they were intending to accomplish. Rather than hollering, use a quieter voice, even a whisper. Your child will be caught off guard when you refrain from getting angry or aggravated. Instead, engage their interest with a calm and quiet presentation of what you want them to listen to. It’s almost like a little secret that the two of you share, making your kid interested and intrigued by your peaceful demeanor.

You can also explain to your child that is disrespectful when they don’t listen to what you are saying. You can even say it hurts your feelings. If they don’t understand what you mean, give them a taste of their own medicine. When your child wants something from you, be it help with their homework, for you to fix them a snack, or to just tell you something about their day or what they saw at the bus stop, just pretend they’re not talking. Surely, your child will not like this reaction. Don’t let it go on for too long, but tell your child that’s what they do to you at times when they’re not listening to what you’re saying. When they realize how it feels, they may finally listen up the next time you speak.

For kids who really have trouble listening, you can reward them when you realize that their undivided attention is on you when you speak. Say thank you for listening. Say I appreciate that you’re giving me your time. And remind them that when they speak to you, you will listen just as intently. It’s a mutual respect that they should have not only with you as a parent, but with anyone who they would like to have a positive relationship with. It teaches them how to interact with their teacher, their peers, and when they grow up, how to behave in the workplace. It will help them with all sorts of conversations within friendships to relationships with coworkers to interactions with new people, etc.

When your child doesn’t listen to you, don’t just let it slide. Walking out of the room in a huff doesn’t teach them much. The moment you realize they’re not listening to you, call them out on. Ask why they are not listening. Explain why it’s important that they ought to- every time. For kids who’ve made a habit out of not listening to you as well as they should, all of this might take some time before it goes into effect. Always give your child a chance (within reason) to change their ways. When they realize if they’re not getting what they want because they’re not behaving the way you want, things will turn around in a heartbeat.

How do you get your kids to listen up? 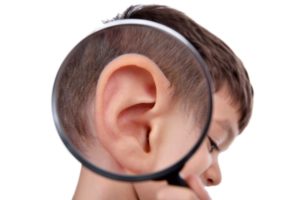 For more information like this, please visit All My Children’s blogs.

By: Melissa A. Kay